Home About Our Team Nneka Chiazor
Next
Greg Fernandez
Advisory Board 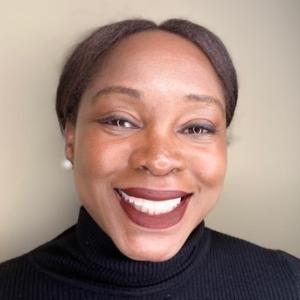 Nneka Chiazor believes the future face of wealth is female.

Born in Newfoundland, growing up between Montreal and Lagos, Nneka’s international upbringing revealed the criticality of access to social and financial capital. It inspired her migration to the United States in pursuit of the American Dream.

As an executive at Cox, Nneka oversees internal and external affairs in Virginia and North Carolina and leads a team entrusted with enhancing company revenues, customer satisfaction, economic development, diversity and inclusion, community goodwill, and positive relations with more than 2,400 employees.

Nneka is passionate about creating a culture of belonging that drives innovation and fuels growth.

As a community builder, Nneka engages a multitude of nonprofits and professional organizations across the globe. She serves as the vice chair of the Hampton Roads Chamber of Commerce and is a commissioner on the Virginia Beach Economic Development Authority. Nneka was recognized among Washingtonian Magazine’s Outstanding Women in Washington and by Urban One’s Engaging Black America.

An alum of Harvard Business School, Nneka lives in Virginia Beach with her husband and two daughters. Ask her about her community television show, In Good Company!

Somos, Inc. Announces the Appointment of Nneka Chiazor to its Advisory Board

Somos, Inc. has announced the appointment of Nneka Chiazor to its Advisory Board.

It Takes Two to Tango: Behind the Scenes of the RealNumber® DNO Dataset

Just like a dance number, a substantial amount of careful choreography went into developing the data repository for Somos’ proprietary RealNumber Do Not Originate (DNO) solution.

It’s been eight weeks since the 2022 Somos Summer Internship Program kicked-off and it’s a toss-up as to who has gained more – our class of “newbies”.