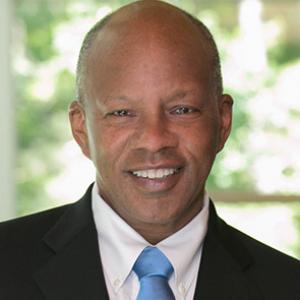 Howard Woolley joined the Board of Directors in September 2017. Howard serves as the Lead Director and as a member of the Compensation Committee and Nominating and Governance Committee. Howard is currently President & CEO of Howard Woolley Group LLC, a strategic business and public policy advisory firm serving the telecommunications and technology sectors.

Howard served as Senior Vice President for wireless public policy and strategic alliances for Verizon Communications. In that position, he served as public policy advisor to every CEO of Verizon Wireless from its founding in 2000 until Howard’s retirement from the company in 2013. Howard’s board service includes Johns Hopkins University, Johns Hopkins Medicine, the Syracuse University S.I. Newhouse School of Public Communication, Apple Hospitality REIT and Allianz Life Insurance Company. In 2013, he received the National Urban League’s highest award for outstanding service on their Board of Trustees.

Howard holds a Bachelor of Science degree from the S.I. Newhouse School of Public Communications at Syracuse University and a Master of Administrative Sciences degree from Johns Hopkins University, where he is engaged in sickle cell anemia philanthropy and is a guest lecturer at their business school.

Somos, Inc. today announced the hiring of Kristine Hansen as its Vice President of Sales.

The new streamlined, intuitive Resp Org Change (ROC) System is now LIVE! With the completed migration of the ROC into the. TFNRegistry™.