Home About Our Team Kathleen Abernathy
Previous
Gina M. Perini
Next
Michael Day
Board of Directors

Retired from Frontier Communications and FCC 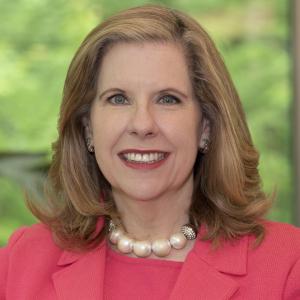 Kathleen Abernathy joined the Board of Directors in March 2019. Kathleen serves as Chair of the Nominating and Governance Committee and as a member of the Audit Committee. She is a leader and visionary in the telecommunications industry with extensive experience in both the public and private sectors. Kathleen’s career highlights include her appointment as an FCC Commissioner from May 2001 until December 2005, after which she joined Frontier Communications’ Board of Directors, and subsequently served as its Chief Legal Officer and Executive Vice President, Regulatory and Governmental Affairs. During her tenure at Frontier, she was on the senior leadership team that oversaw three major strategic acquisitions that eventually grew Frontier to a Fortune 250 company.

Kathleen is also a member of the Board of Directors of Dish Network Corporation, BAI Communications and Crittenton Services of Greater Washington, as well as a Senior Industry and Innovation Fellow with Georgetown University’s Center for Business and Public Policy, McDonough School of Business.

Learn more about how this new mandate impacts you and how RealNumber DNO can help by providing a powerful solution for Gateway Providers and U.S.-based operators.